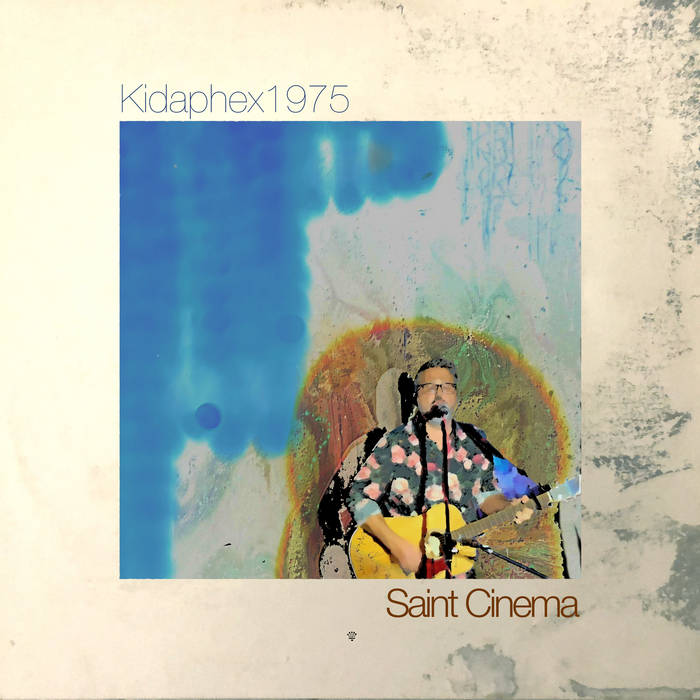 On “SAINT CINEMA” Kidaphex1975 explores a variety of sounds, from the standard indie rock jangle of opener “EPICENTRE”, to the Trap R&B of “TRY SO HARD”, to the Electro-pop of “WRAP ME UP IN YOUR HEART” & “BALTIC” or the sinewy post-punk of “TILT”, which is a collaboration with fellow Berlin musicians Samantha Wareing on vocals and Romain Vicente on Drums and Guitar.

“I worked on about 18 different songs, but couldn’t quite find the common thread until I looked closer at the lyrics.” Says Kidaphex1975. ” I realized that most of them were songs about love. Not necessarily in a sappy “I love you, babe” kind of way, but the central theme was love in all its facets. The lyrics are also some of the most direct I have ever written, without too much flowery metaphors. It takes a while to learn how to express feelings in a very clear way. I hope the listener can connect to that and be touched by the raw emotion”, continues Kidaphex1975 about the lyrical themes of the record.

The record was self-recorded in Berlin from October 2018 until June 2020. It was also mixed, produced and mastered by Kidaphex1975 himself. “I wanted to approach these songs in a different way, than I had been doing up until now. Not only with different or unusual arrangements, but also I wanted to up the ante when it comes to my skillset and involvement in what I do,(…) It was really eye opening to understand the music on a different level than just lyrics, rhythm and melody.” says Kidaphex1975 of the recording.

“SAINT CINEMA” is released worldwide on October 3rd, 2020 on all major distribution platforms. Due to the current world situation, no tour or concerts have been planned, but an expansive digital presence is being deployed.

All lyrics written by James Trottier, except 6 & 11, written by Tamer Atessacan.

Kidaphex1975, aka James Trottier, former lead singer and songwriter for the band Hunger Streets, lives and makes music in Berlin. Influenced by the likes of REM, 4AD, Joy Division, The Cure, Radiohead and an inherent love for pop music, he releases music marked by an influence of American Indie rock, 80s British Alternative and 60s Protest Folk. ... more

Bandcamp Daily  your guide to the world of Bandcamp

Featuring appearances from Kari Faux, Bluestaeb and and interview with NY-bred artist Wiki